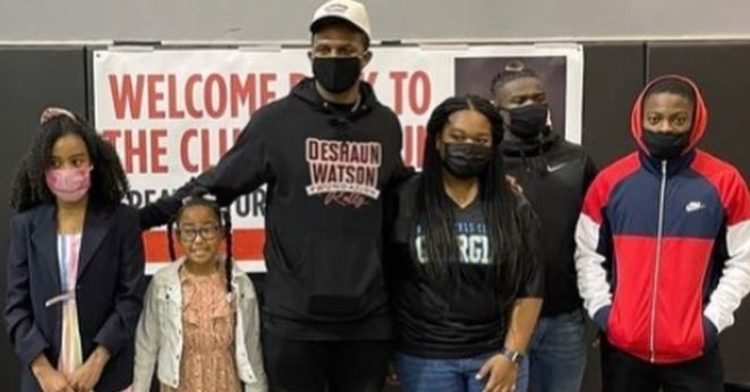 Watson helping out his hometown with some meals (Photo: DW4 Foundation)

It's a huge national story because of the drama anytime a relationship ends or breaks down between a player and team. And the fact that almost every organization and NFL fanbase would love for Watson to be on their team.

However, regardless of where Watson will be playing football in 2021, he honestly never forgets his roots and where he was raised.

On Sunday, Watson fed over 10,000 people in his hometown of Gainesville, Georgia, through his charitable foundation.

The foundation supports education, health, housing, and other charitable causes.

Great job by Watson on giving back to his hometown that has supported him so much over the years.

Over 10,000 people served today by @deshaunwatson. A man of the people. https://t.co/FggtBNQhs0