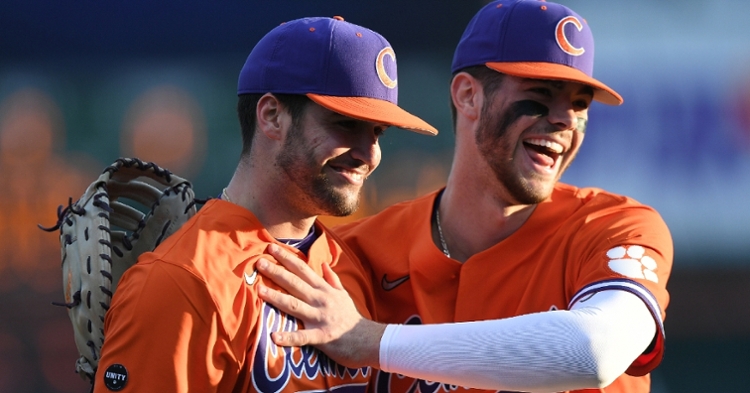 CLEMSON, S.C. - No. 25 Clemson scored three runs in the fifth inning and freshman Ty Olenchuk tossed 4.2 scoreless innings to lead the Tigers (2-0) to a 5-2 victory and 2-0 series lead over Cincinnati at Doug Kingsmore Stadium on Saturday afternoon.

In his first career outing, Olenchuk allowed just two hits (both singles), no runs and no walks with three strikeouts. Rasesh Pandya (1-0) earned the win with a scoreless seventh inning pitched in his first appearance as a Tiger. Geoffrey Gilbert pitched the final 2.0 innings to record his first career save. Starter Dean McCarthy (0-1) suffered the loss for Cincinnati (0-2).

Blake Wright led off the first inning with a double for his first career hit and came around to score on Elijah Henderson's groundout. The Tigers plated three runs in the fifth inning, highlighted by Bryce Teodosio's run-scoring single, and a run in the eighth inning on Jonathan French's run-scoring single. The Bearcats clawed back with single runs in the sixth and seventh innings, but Clemson held them scoreless during the final two innings.

The series concludes Sunday at 1 p.m. on ACC Network Extra.

After a leadoff single, @gegilbert19 strikes out two & records a scoreless eighth inning! ????